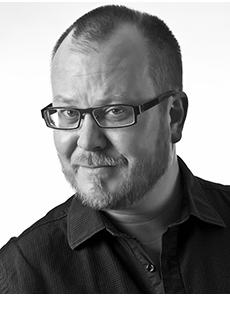 In 2011, Sami Hilvo came to a crossroads, packed two suitcases, and moved to Warsaw. He had never even been to Poland. But something life-changing awaited him there in the district of Muranów. It wasn’t until later that he learned he was living in the heart of Warsaw’s former ghetto. When Hilvo moved back to Finland, he was carrying the story of The Book of Moloch with him.

After his years in Helsinki, Tokyo, and Warsaw, Sami Hilvo (b. 1967) has settled in the city of Tampere. A review of his work history reveals the professions of interpreter, bartender, diplomat, dancer, and producer.

If literature has a calling, giving voice to the oppressed is undeniably one of them. That doesn’t mean that all works succeed at this task. But Hilvo writes well. There’s no shortage of observations and vision. – Antti Majander, Helsingin Sanomat, on The Liquor Card

Sami Hilvo’s debut is coherent and controlled. Form and content are well-matched, like a hand that slips into a soft, comfortable leather glove. The language is spare without being dry. The subject matter is gripping but doesn’t clench. The rhythm is intense but not wrenching. – Kiiltomato

Hilvo’s language offers something for all senses, but above all for the nose: spices, blossoms, and tea leaves. – Gloria on Mrs S.

The Book of Moloch Pyhä peto Do you want to be liberated? Then don’t tell them who you are, and especially who you love. A poignant st... 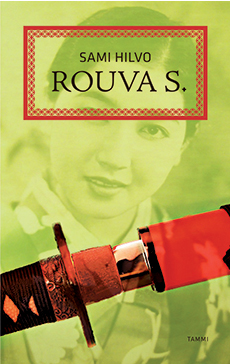 Mrs S. Rouva S. A journey into love, revenge and the Japan of a thousand years ago, with its fragrances that still linger… ... 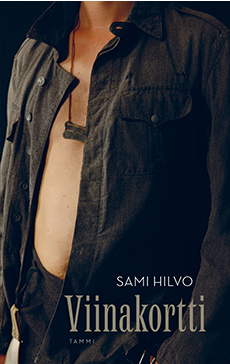 The Liquor Card Viinakortti A bold, beautiful story of wartime Finland and love that finds no acceptance in the surrounding world. Mika...