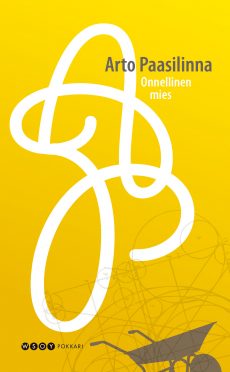 A wickedly funny satire about money, power, and the joys of small town life.

Bridge engineer Akseli Jaatinen is tasked with replacing Kuusmäki’s rotten wooden bridge with a concrete one. Jaatinen, who has a reputation for being a fair and honest boss, is matey with his workmen and even gets on well with his wife. But the parish council don’t trust him: they suspect that Jaatinen is fraternising with his workers. They launch a campaign against Jaatinen and make it as hard as they possibly can for him to complete the project on time.

Although the council are making things tough, the feisty Finn refuses to surrender. Jaatinen lays down the gauntlet, challenging both the parish council and the school headmaster. And while we’re on the topic of the school headmaster, let’s just say that she finds herself pregnant shortly after Jaatinen’s disagreement with her husband…

To hell with the gossip! Jaatinen leads a happy and harmonious life, even with two wives.

A Happy Man was adapted for a Finnish TV movie in 1979 (dir. Hannu Kahakorpi).

“Paasilinna’s humour shines through and Jaatinen is as colourful a character as Paasilinna’s heroes can be!” – Tarinautical blog