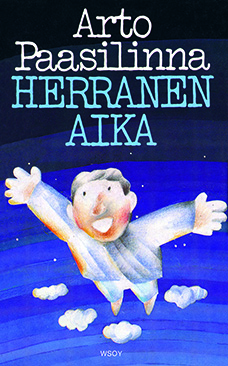 A laugh-out-loud novel about trying to make a difference that’s set in the afterlife.

Good Heavens! tells the story of a prominent journalist’s life, after his death. The world of the dead is geographically the same as the world of the living. The one difference is that is contains both living and dead people. And the dead can move at the speed of thought.

In the world of the dead, the recently deceased protagonist meets Pope Pius IX along with Finnish celebrities, like Väinö Linna, J. V. Snellman and archaeologist Sakari Pälsi. He also reads the thoughts of the living and comes to realise that the world is strange and unjust, and that something needs to be done. That’s when he realises that he can enter the dreams of the living…

“Good novels often turn into facts in the reader’s mind. In Finland this is most definitely the case with Väinö Linna’s seminal works. For me, the same thing happened with Good Heavens!” – Antti Heikkinen, Helsingin Sanomat newspaper

“Good Heavens! is a book that will stay in your mind. And if I don’t die immediately, I’ll be sure to read it again.” – Kirjavinkit blog