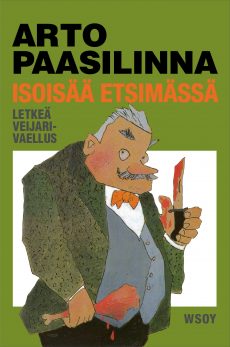 A touching tale of freedom that’s full of sex, alcohol, and plenty of misunderstandings.

August Väisänen is on a mission to find his grandfather, leather manufacteurer Verneri, who has run away from his unbearable wife. The problem is, Verneri doesn’t want to be found.

It’s no surprise that when Väisänen finds his grandfather, it’s not as simple as telling him to come back home. The two men embark upon a trip across Europe, on which they experience freedom for the first time.