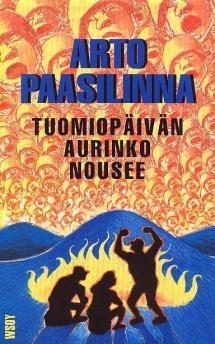 A farcical, laugh-out-loud tale of a Finnish man who seizes his opportunity to save the day and become a hero.

Former flight attendant Hermanni Heiskari is ice-fishing on Lapland’s Lake Inari in June. He’s unemployed, he’s not catching any fish, and there’s a snow storm on the way. But all hope is not lost.

In the twilight hour, Heiskari spots a hot air balloon with a beautiful woman inside it. She’s screaming for help! This is Heiskari’s moment. He saves the woman and instantly becomes a hero. Leena Lundmark, the woman from the hot air balloon, will never forget what Heiskari did for her.