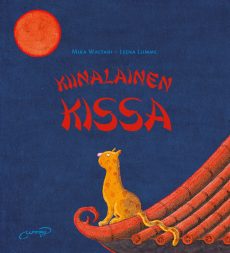 The Chinese Cat and Other Stories

For the first time ever, 33 of Mika Waltari’s most charming fairytales have been published in a collection, The Chinese Cat and Other Stories.

Although the stories themselevs have been written for young readers, their topics deal with issues of an adult nature and are sure to be appreciated by children and adults alike.

While some of the collection’s stories are pure fantasy, others tell stories of animals, and then there are those that are doused in irony. The Chinese Cat and Other Stories is a classic collection that Waltari fans will return to time and time again.

“It is worth returning to these fairy tales and illustrations time and time again.”— Lukijatar blog