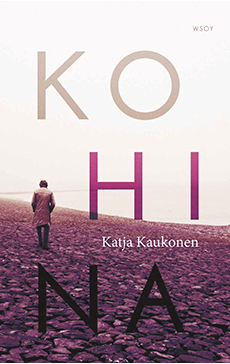 A powerful story of internal, cross-generational indifference and its effect on the human mind

Yearning for the simple life, the architect Alvar Malmberg moves to a windswept island for rest and repose, bringing along a bundle of letters. Alvar’s mother abandoned the family when he was young, and his father concentrated his energies on making sure external appearances were maintained.

Alvar’s memories, the mysterious letters, and life on the island demonstrate what happens to a person when they don’t have anyone who genuinely cares, and what can change when that caring appears. Aesthetically dazzling narration peels back the layers of Alvar’s subjective world, allowing it to unfold in all of its richness. The story’s touching turns are accompanied by the continuous murmur that is the score of everyhuman life, that backdrop of tones and sounds created by memory and the physical world that we cannot escape, even on an island of solitude.

“Kaukonen’s novel is a melancholically beautiful story in which the author masterfully connects the past and the future. The hum is that of the sea and the wind, but also that of the mind. The unspeakably beautiful language flows along with the waves of the sea.” – The City of Tampere Literary Prize Jury

”Kaukonen clearly has a talent in describing the inner world of an abandoned, cold person, void of love and human touch, in warm and considerate terms.” – Lapin Kansa newspaper

”Alvar rambles on his island, building his stony outlook on life, and observes the nature with delicate expressions. These chapters are the salt of The Hum.” – Helsingin Sanomat newspaper

”The Hum […] strengthened the image I already have of Kaukonen as a writer skilled in creating atmospheres, an expert in vivid language and an interesting author.” – Literature blog Ja kaikkea muuta

”The language is ethereal and elaborate.” – Literature blog Magentabooks

”At its best, The Hum approaches reaching out for Peter Handke himself.” – Literature blog Ullan Luetut kirjat