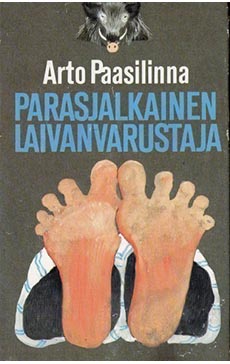 A surprising and jubilant tale with enough twists and turns to keep you guessing until the very end.

Aulis Rävänder is doing well: he’s got a loving wife and children; a good job in the harbour; a nice place in Eira; and a gorgeous island villa. But all of that changes when Rävänder comes home one day and realises that a stranger has been in his house.

Rävänder retreats to his island to meditate and think about what he’s found out. That’s when he accidently dials the wrong number. One thing leads to another, and it’s not long before Rävänder meets Irene Oinose, a brave businesswoman who understands Rävänder better than anyone ever has before.

“Paasilinna is able to carry the plot in surprisingly jubilant directions and create an adventure whose twists and turns cannot be predicted.” – Lukijatar blog