Ari Räty (b. 1968) has worked variously as a boatbuilder, harbour entrepreneur, and as a rehabilitative work placement officer in the Finnish prison system.

2017 Shortlisted for the Best Debut of the Year Prize

Shadowman Varjomies A Mercedes explodes on an expressway. The passenger – a member of a powerful Latvian criminal cartel – esc... 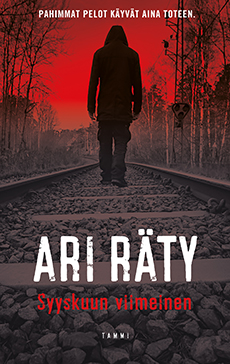 What September Saw Syyskuun viimeinen A stunningly intensive psychological thriller about the end of childhood and a crime that knows no statute of ...