Kasper Strömman (b. 1974) is a graphic artist who feels most at home with a pen in his hand. He has illustrated six children’s books written by his sister, published a design book, and drawn comic strips for newspapers and magazines. Strömman was chosen graphic artist of the year in 2013. He is also known as Finland’s most popular male blogger, through his widely read Kasper Diem blog: kasperstromman.com 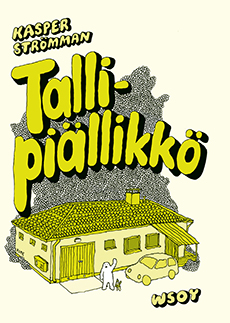 Garage Honcho Tallipiällikkö A delightfully absurd story about a ménage-à-trois and working life! This imaginative tale begins when Ha...