Marja Kangas (b. 1974) is a drama teacher and writer, originally from the Finnish town of Kuopio, though she divides her time now between Barcelona and Turku, Finland. She also teaches creative writing and takes great pleasure in having a good, long cry followed by a good laugh—often to herself first. The Only Way is Up is her debut novel.

Marja Kangas was the winner of major Finnish publisher WSOY’s 2019 writing competition to find the next, new voice in commercial fiction. The competition panel faced the daunting task of choosing a winner from an overwhelming 788 entries, but it was Marja, who won their hearts and minds with her novel. 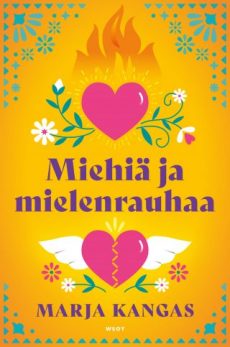 Loving You, Loving Me Miehiä ja mielenrauhaa An irresistibly flirtatious feelgood novel about taking life by the horns and becoming the main protagonist of... 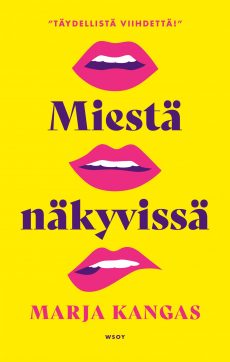 The Only Way Is Up Miestä näkyvissä A laugh-out-loud novel about surviving when life gives you lemons but you don’t like lemonade...  Sirkku...