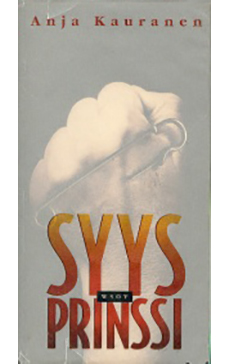 Something in the hustle of the airport makes her stop and turn around—a familiar scent, perhaps? She sees him standing there, after fifteen years, amid people rushing in every direction. His face is puffy, and he has shadows under his eyes. The man appears strangely spiritless, as though all expressions have left his face but one: indifferent stillness.

They were once in love—with each other, and with writing, controversy, and shaking the literary establishment with their radical ideas and, at times, pure nonsense. Now they walk slowly toward each other and shake hands; her skin instantly recalls how dependent they once were on one another. During the northbound flight, they catch up on a missed decade and a half. They exchange phone numbers and keep-in-touches, but she swears that she will never call: the man of today would endanger her memories.

A week later, she reaches his answering machine. His sluggish voice gives another number: a mental hospital. His severe depression is being treated with electroshocks, three times a week. The disease and the alleged cure have erased months and years from his memory. That autumn, on walks through fallen leaves on the hospital grounds, she helps him remember.

He makes her promise one thing: she will not write their story. “Not that I remember what I ask you to keep to yourself,” he adds. On the day of his release, he falls asleep mid-sentence. Will he ever wake up? She leaves the hospital, and breaks her promise: I have told our story, Autumn Prince. I have stolen, taken, raped, distorted, violated, and wasted our story, for I loved it so.