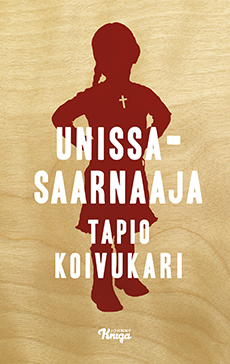 The origins, rise and fall of a religious revival movement. A realistic, dreamlike account of visions and those who yearn for religion, despite their doubts.

Thirteen-year-old Tuulikki may be small and delicate, but enormous powers reside within her. When they begin to emerge, an ecstatic revivalist movement is born.

Tuulikki’s gifts as a preacher throw the life of the utterly average Heinonen family off the rails – and as can be expected, there is no shortage of outsiders who try to take advantage of the situation.

But the assistance offered by lay preacher Sigurd Sihvonen contains within it the seeds of destruction.

Awake, Ye Sleepers takes place in 1949, an era of enormous uncertainty that saw the emergence of numerous local revival movements across Finland. The story develops in the south-western village of Nihtamo, travels across the ocean to Australia, and takes on grander, near-biblical associations during a wilderness pilgrimage to northern Finland.

“Koivukari writes poignantly about gullibility and exploitation. In a village setting, avoiding shame can play a surprisingly large role. Koivukari also creates purity and beauty in the midst of an oppressive world, in the form of a good-hearted young man from Karelia. Indeed, it is a hope for goodness that carries this novel along. [—]  Koivukari’s superb synthesis of humanity ultimately reflects the present day, our beliefs and attitudes before the variety and complexity of life.” – Satakunnan Kansa

”Koivukari’s jaunty narrative voice somehow calls to mind the story-telling of Lars Sund. Fish of all stripes spawn below the surface of the closed-minded communities in Awake, Ye Sleepers. Koivukari’s novel provides a more vivid depiction of post-war Finland than many historical opuses.” – Helsingin Sanomat

”Koivukari depicts rural life and people with a meticulous, expert eye. [—] Tuulikki’s fate, the era, and the mechanisms by which religious fervour originates emerge in sharp relief.”  – Viva

“Koivukari is a masterful chronicler of the lives of ordinary people, and in his award-winning novel he perceptively observes a small community in Western Finland in the time of war reparations. The events of Awake, Ye Sleepers take place in the year 1949 in the imaginary village of Nihtamo, home to the Heinonen family. The Heinonen’s teenage daughter Tuulikki starts to preach in a trance—and she preaches the end of the world. Soon people from near and far gather to listen to Tuulikki. This young girl’s sermons affect the community, which is still suffering from the wounds of the Second World War. As always in such communities, scoundrels rise up, ready to capitalize on the situation, but Tuulikki has also her supporters. Koivukari describes his characters with compassion and understanding. He charms his readers with his rich Finnish language, which is spiced up with a hint of Western Finnish dialect. Koivukari is aware of the heritage of his predecessors Volter Kilpi and Hj. Nortamo, and his novel is both a serious and fulfilling description of the post-war period and a humorous and poignant depiction of people. – The 2016 Runeberg Prize jury

“But Awake, Ye Sleepers is more than just a book about postwar Finland. It tells so much more, it is a book about human nature and human behavior, how people react to different situations. It tells about innocence and about how some people unscrupulously deprive others of that innocence. It tells about cunning, survival, ruthlessness and injustice, class differences and abuse of power. It also deals with how men can take advantage of younger women and girls, as it is to this day, as revealed in the #metoo campaign. But this book is also about love, keeping and goodwill. It’s all about a group of diverse people, and it has an interesting gallery of characters and sense of humor, too. The brilliant Finnish sense of humor that underlies the text. And Tapio Koivukari is a master of not telling too much, but still telling all that is needed. I’m not at all surprised that he received the Runeberg Prize, the most prestigious literary award in Finland, in 2016, for Awake, Ye Sleepers.” – Kristín Heiða Kristinsdóttir, Morgunblaðið