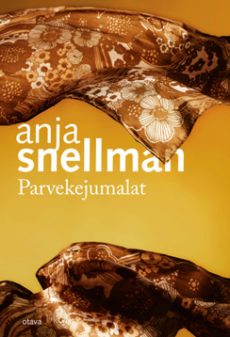 It is snowing when Anise falls from the balcony. The first snow. Plummeting, she thinks of Al Gore: glaciers will melt and seas vanish, turn into memories in schoolbooks, documentaries, and photo collections. Anise catches a snowflake on her tongue before she hits the ground. Has she made a snow angel before? There is a first time for everything.

Anise is a fourteen-year-old Somali girl who lives in a concrete suburb in Helsinki. She dreams of movies and parties and lipstick and jeans, but her father has other plans. His plans do not include young men—particularly Luka, a dreadlocked boy Anise meets at Al Gore’s lecture at the university.

Anise often wishes Al Gore were her father. A wise yet cheerful dad with apple cheeks. A dad who would never secretly check her cell phone or sneak up behind her to see her computer passwords. Anise seeks freedom—she wants to feel the wind in her hair, without someone reporting home that she has been seen bareheaded.

Alla wants to cover her head. The daughter of an artist mother, she suffers from too much liberty. She decides to convert to Islam, to find her way back home, back to the values that once mattered. Under her niqab, she feels renewed, pure, and untarnished. She becomes Zahra and finds other converts. Together, they a start a group that promotes cultural diversity and tolerance toward Islam.

Anise and Zahra are headed in opposite directions, but their paths cross. Their lives change, irrevocably. Balcony Gods is their story—a story that shakes, seduces, and shocks. Anja Snellman captures the undercurrents of society and culture with fascinating and frightening accuracy. What is freedom, and what is honor for a woman? What makes us overlook violence without so much as a second glance?

“Anja Snellman prefers not to remain isolated in an ivory tower, writing books that are alien to the outside world; instead, she writes about genuine things happening in the real world. Typical of all of Snellman’s books, this book also has a brave and topical subject that has already generated plenty of public debate.” – Turun Sanomat newspaper