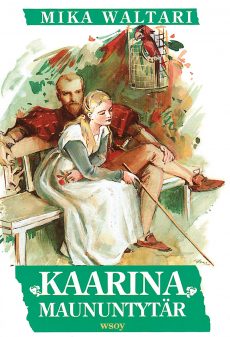 Published in 1942, Catherine tells the turbulent love story between Catherine (Karin Månsdotter) and Eric XIV of Sweden as well as Catherine’s life after her husband’s death.

In Catherine, Waltari paints a picture of Eric XIV as a power-hungry leader who seeks comfort in his affair with a fifteen-year-old Catherine. The novel begins with Eric’s ascention to the throne and follows the couple’s troubled relationship until Eric dies as a prisoner in Örbyhus Castle.

Following the death of her husband, Catherine moves to Kangasala Manor in Finland to spend the rest of her days there as a widow. Astonishingly at this point in the novel, Catherine is just 23-years-old. Needless to say, Catherine is a historical novel quite unlike any other.