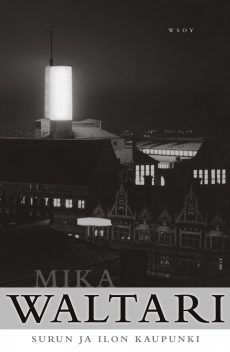 City of Sorrow and Joy

This one-day novel opens with a glimpse into the lives of a diverse cross-section of Helsinki residents: a stranger arriving in the city by train; a young boy recovering from surgery; a worker; a successful businessman; a young nationalist; a conscientious theologian; a writer seeking creativity; and an old, dying man.

All of these characters come from different socio-economic backgrounds and are at different stages of their lives. In City of Sorrow and Joy, they encounter each other at various points throughout the same day.

Filled with Waltari’s characteristic philosophical musings and sharp observations, City of Sorrow and Joy is a tale in which the rich meet the poor, the old meet the young, and the idealistic meet the resigned.

“Waltari’s depictions of people are exquisite. He carefully creates convincing and realistic characters, who are filled with sensitivity.” — P.S. Rakastan kirjoija blog