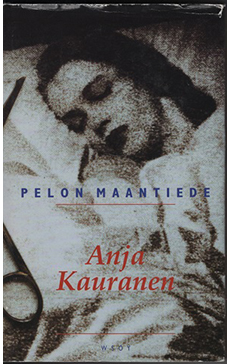 In addition to culture and language, girls internalize maps at an early age, especially their dark zones and danger areas: Don’t go there. Proceed at your own risk. No one bothers to question these coordinates of prohibition, as though chronic fear and brutal attacks were only natural: I told you so.

Why should women pretend that certain places have simply disappeared from the map? The faculty of the Midnight Institute at the University of Helsinki come up with a plan to take back the city and the night, and their course on the geography of fear proves popular. The students analyze their fears, study the history of crimes against women, and learn self-defense through strenuous physical exercise. Then theory turns into practice.

Geography of Fear is an effective and stunning blend of fact and fiction, research and reality. With poetic prose and spine-chilling suspense, Snellman examines the borders of privacy and the roots of violence. Where are the lines between resolution, retribution, and revenge? The book has also gained wide acclaim as a feature film, The Geography of Fear, directed by Auli Mantila and released in 2000.

The ASF Translation Prize Jury praised Ms. Mäkinen: “The translator has masterfully infused the English with all the confidence, forcefulness, and fluidity demanded by this intriguing and hard-hitting feminist thriller, Geography of Fear, by acclaimed Finnish author Anja Snellman. This is an impressively skillful and bold translation of an unsettling novel that combines elements of philosophy, psychology, and suspense. Only one of Snellman’s many novels has previously been translated into English, but she clearly deserves a much wider audience.”