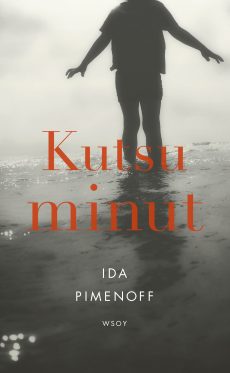 An exuberant investigation into midlife malaise and single parenthood, exploring the gut-wrenching effects of parental estrangement.

Vera is an artistic and emotionally sharp thirty-nine-year-old woman, pursuing a career as a writer while navigating life as a single parent in Helsinki. As a child, Vera’s father walked out on her, only to start afresh with a new wife and kids—something that Vera has spent years unpacking the effects of with her therapist.

When Vera’s partner Aki leaves her for another woman, she focuses her energies on making sure their son Mikael is alright. Although Aki’s rejection brings up painful memories of her past, Vera is determined to ensure that Mikael has a happier childhood than she did. But things take a turn for the worse when Aki not only cuts off contact with Vera but also loses interest in their son.

Afraid that she’s giving Mikael the very childhood she has spent years trying to forget, Vera looks back on the lasting effects of her estrangement from her father and vows to face her own trauma, embarking upon a personal odyssey into her own family’s troubled history.

Astonishingly intimate, breathtakingly raw, and painfully astute, I Wasn’t There is an unflinching account of the bliss and torment of love and parenthood. A lyrical meditation on hope and inherited trauma, the stylish, uncluttered prose of I Wasn’t There has echoes of Vigdis Hjorth.

Ida Pimenoff (b. 1977) is a writer, artist, and photographer who has previously previously published three photography monographs with a German art house publisher. Having exhibited her photography in Finland, France, Germany, and the UK, I Wasn’t There (WSOY, 2021) is Ida’s debut novel. She currently lives Helsinki with her family.

“Though Pimenoff writes about pain and other unthinkable things, the scope of her writing is vast because beneath Vera’s emotions there is more to her story. The other Vera, the one who has got a good job, established a good grounding, and avoided talking about some aspects of her past, starts to emerge along the way. Walking along the edge of an abyss is difficult, because falling is always a possibility. But if you are always ready to fall to the bottom, you won’t be hit with the same feelings again. Establishing new relationships and habits has its own difficulties, and this novel speaks skilfully about these things, too. If there is no time or desire for self-examination, you’re already on your way to a crisis. This book reminds us that you can always start afresh, just as long as you are willing to confront your own demons first.” — Mari Viertola, Turun Sanomat newspaper

“I WASN’T THERE is a novel about people’s backgrounds, life beyond what is represented in photographs, and the power of perspectives within relationships… The stigma of having a child out of wedlock has dissipated within the last century but the same cannot be said of the experience of fatherlessness. In her youth, Vera’s mother decided not to have an abortion and Sakari never forgave her. Can a man reject an accidental child that he never wanted to have? That’s one of the novel’s central questions. Another of its question relates to the importance we place on blood relations: how does your offspring become your child?… The 20th century philosopher Hannah Arendt’s words ‘freedom is the ability to start over’ are what carry the characters forwards. Exploring the depths of grief, Pimenoff’s debut novel takes on a life that is both contradictory and open to interpretation. In it, life and love seem to be about letting go rather than holding on.” — Mervi Kantokorpi, Helsingin Sanomat newspaper

“The novel is full of open questions. Rejected time and time again, Vera experiences a mixture of insecurity, shame, sadness, and emptiness which at times feels downright cosmic. The motions tied up in divorce are described brilliantly…the narrative style is controlled and profound… As a debut novel, I WASN’T THERE is skilfully written and leave me expecting more great things from Pimenoff.” — Eija Komu, Karjalainen newspaper

“Pimenoff’s career as a photographer shines through in her narrative technique. This book’s narrative does not follow a chronological structure and Pimenoff leaves it to the reader to arrange the fragments of Vera’s life as through we are curating an exhibition. The reasons for Vera’s actions and feelings are not crystal clear; as indeed they are not in real life. As such the novel avoids the over-the-top dramatisation that easily seeps into this kind of novel. I believe this novel will speak to anyone who has ever dealt with an absent father or a complicated family set up, but it really does contain something for everyone.” — Anun ihmeelliset matkat literary blog

“The author could psychologically analyse Vera’s relationships with men based on her relationship but her father, but she leaves this to the reader… An exceptional, beautifully sincere, and affecting book that, despite its sadness, sides with love, happiness, and hope. In fact, it sides with humanity.” —  Kulttuuri kukoistaa literary blog

if a woman falls pregnant and doesn’t want to have an abortion? To what extent does fatherlessness have an impact on our adult relationships? Can we ever trust again, or even fall in love? How is life affected when your father doesn’t care and your husband leaves?… The book reads almost biographically but it is fictional. Well written, I enjoyed it.” — Kirjarouvanelamaa literary blog

“Pimenoff’s writing is effortless, without unnecessary psychologising, even though therapy does play a role in the story. The novel’s chronology and the use of first-person perspective allow the narrator’s backstory to be revealed to the reader little by little… The end is hopeful in a good way; not sickly sweet… I WASN’T THERE is a well-written, thought-provoking debut novel.” — Kirjaluotsi literary blog