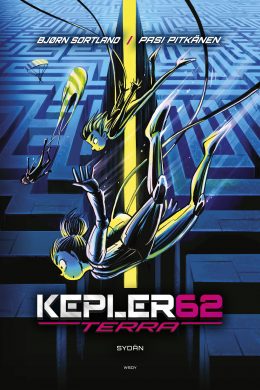 The third season, Terra, follows the young Kepler62 settlers as they return to Earth. Artificial intelligence Scorpio has taken over their home planet, but the children are not ready to give up on hope for mankind to survive.

The Heart is the final part of the series. Returning to Earth is a shock to Marie and she leaves her friend behind. She heads for her childhood home, the huge castle where she would be able to live the rest of her life in safety. Marie has around her neck however, a piece of jewelry, a heart-shaped pendant that her mother gave her years ago. It turns out, that the only hope to defeat Scorpio lies inside the heart, but using it requires sacrifices. Is Marie willing to take the risk and fight for life?

The Kepler62 series of pioneer children settlers sent into space has been garnered with success both domestically and internationally. The series comprising of a total of 13 books has been translated into more than 20 languages and over 150,000 copies of Kepler62 books have been sold in Finland.