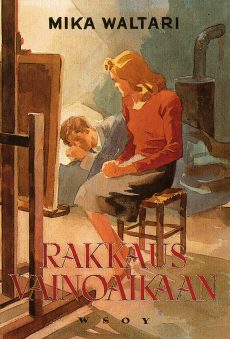 Love in Times of War

Set in 1940-1941 during the truce between Finland and the Soviet Union, Love in Times of War is a historical romance novel about two young people who lost their youth before it even began.

Marjut and Aatos have returned from the Winter War. Marjut has experienced unthinkable horrors, including giving birth prematurely in a bomb shelter. Aatos, who suffered a severe head injury in the war, has also been left traumatised. Aatos goes to Marjut’s family house in the countryside.

In the countryside Aatos starts painting as a means of healing and Marjut starts to fall in love with him. They embark upon a love affair and, for a moment, things look promising. However, just as the novel draws to a close the Continuation War breaks out.

After the war, Love in Times of War was removed from libraries for political reasons.