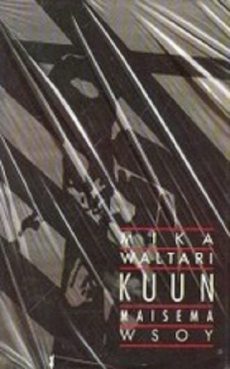 Moonscape and Other Stories

An unmissable collection of short stories by Finland’s Mika Waltari

Six short stories—Something in a Man, An Iceland of Ice, Moonscape, Before the Twilight of the Gods, The Tie from Paris, and Freedom of a Man—comprise the Moonscape collection, which led to Mika Waltari being awarded Finland’s State Prize for Literature in 1954.

Moonscape follows two characters, Joel and Miriam, as they leave their childhood behind and become adults. Joel’s family foster Miriam when the children are just 12-years-old and it’s not long before Joel and Miriam develop romantic feelings for one another. As they grow up, Joel develops a keen interest in oriental languages, while Miriam harbours dreams of becoming an actress. The book follows the unsuccessful journeys of both characters.

After being separated for many years, the pair reconvene. By this point, Miriam is in an unhappy marriage, while Joel has been injured on the front lines. Their reunion does not, however, bring them the comfort that either of them are looking for. Moonscape is a poignant story about how the pressures of society can stand in the way of the dreams of individuals.

“Somehow [Waltari] seems to get inside the skin of the women of his stories more than… the men. And an unsavoury lot they are, with queer aberrations, excesses, abnormalities. Youth appears in strange guise too, misunderstood, thwarted, distorted by adult lack of comprehension, but oddly appealing in its very strangeness.” – Kirkus Review