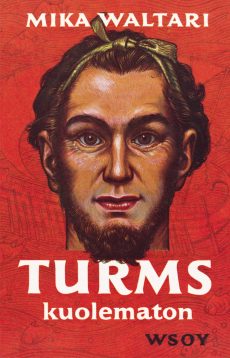 Set during the era that saw the formation of the Roman Republic (509BC), the Athenian defeat of the Persians at Marathon (490 BC), and the Greek repulse of the second Persian invasion (480 BC), The Etruscan follows the adventures of Lars Turms as he searches for the meaning of life in the ancient world.

Like much of Waltari’s historical fiction, The Etruscan has been praised for its historical accuracy. In it, Turms is involved in the Ionian Revolts against Darius the King of Persia, introducing readers to Mediterranean civilizations during the Iron Age.

The Etruscan is, however much more than a historical novel. Filled with Waltari’s characteristic philosophical musings, it presents the human condition as a timeless entity. It is notable, for example, that The Etruscan’s main characters ponder the same questions that we are still asking ourselves today.

“A very interesting and comprehensive introduction to the arms and armour of the Etruscans.” – Adventures in History blog