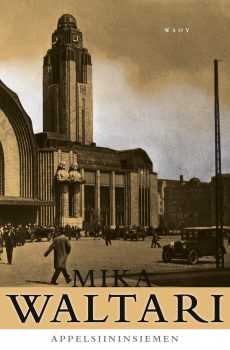 A heart-breaking novel about one family’s eternal search for happiness.

The Orange Pip tells the story of a Helsinki family over the course of a year. Irene, the family’s oldest child, is just about to graduate and her brother, Kai, is a couple of years younger than her. Reinhold, their father, is a distracted, old-fashioned professor. Reinhold‘s wife is a traditional woman who often quarrels with Irene about her lifestyle choices.

The one thing that unites the family is that they are all individually searching for happiness. Ostensibly, everything is going well, but all of them feel as though something is missing.

Irene seeks pleasure from men she meets at parties, eventually striking up a relationship with a married lawyer in his mid-thirties. This causes an unthinkable rift in the family and, as Irene’s relationship gets more serious, she grows increasingly distant from her parents.

Upon publication in 1931, The Orange Pip caused outrage for its frank portrayal of premarital sex.

“Waltari knows everything about human nature and he’s has a unique ability to describe it skillfully. It’s a great pleasure to read good quality Finnish language which seems modern, perhaps paradoxically, since it’s actually old-fashioned. The book’s topics—love and the search for happiness—are as relevant now as they were 70-years-ago.” — Kirjavinkit blog