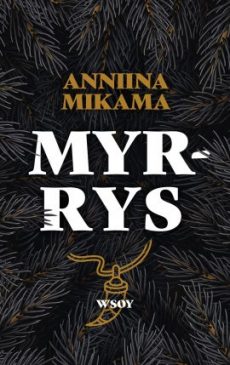 15-year-old orphan boy Niilo is living in the Finnish countryside where ancient pagan spirits and their callers still hold their own alongside the burgeoning power of the church. The master of Kivihalme farm is a brutal man who has made Niilo to work for his keep since he took him in as a newly orphaned little boy. For Niilo, Kivihalme is the only home he knows as he has no memories of his childhood. And those few times he has dared to ask about his past at the farm, his questions have been met with uneasy silence.

When the master’s son is severely injured, he turns to the mighty local sage to come and help his son. But quite unexpectedly, after tending to the wounds of the boy, the sage asks to have Niilo as his reward. The master is not pleased but finds no way to decline the request. Niilo is petrified as he leaves the farm to venture into the forest wilderness on the heels of the powerful stranger.

To Niilo’s surprise his worst fears never come to pass. For the sage, Martin, takes Niilo as his apprentice and trains him in the art of healing and the spirit world. Soon dormant abilities in Niilo are awoken and he becomes attuned to the ancient forests and their spirits. Under Martin’s tutelage the boy grows brave and strong, in mind, body and spirit. Moreover, when the secrets of Niilo’s past are eventually revealed, he finds himself ready to rise up against those who have wronged him.

The award-winning author of The Illusionist Trilogy uses her wonderful storytelling skills to turn the harsh fate of an orphan boy into an exciting adventure in the dense forests of the 19th century Finland.

Praise
‘Set in historical Finland, this novel is both an adventure story and an ode to nature and its power. The narration in The Sage is strong and vibrant, and the story pulls the reader in right from the start. The precision and detail of the narration are particularly laudable. Fantasy exists as a natural, integral part of the novel’s world. It is so believable that once you have finished the book, you will want to linger in its landscape. Protagonist Niilo is a magnificent and memorable figure; from his perspective, the world appears enchanting and fascinating.’ – Topelius Prize Jury

Anniina Mikama (b. 1977) is a Helsinki-based prizewinning author and illustrator. Mikama’s background in the visual arts can be sensed from her writing — she has the admirable skill to describe events from the past in a most enthralling way. The Sage is her fourth YA novel. Her previous work, The Illusionist trilogy, has been garnered with praise both in Finland and abroad.