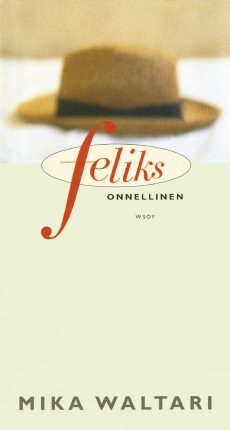 The Tongue of Fire

One of the best religious novels in the history of Finnish literature.

Shy office clerk Felix Tienhaara has recently become a Messenger of God. But his new position comes with a painful task: every day he must confront a stranger with the words “The Lord is looking for you. If you will him to do so, He will forgive your sins.”

This unusual task leads Felix to meet people from all walks of life on the streets of Helsinki, as well as allowing him to face his own internal struggles with guilt and forgiveness. Even when Felix gets tired of his mission, he cannot give it up and face the prospect of returning to life as an office clerk.

The Tongue of Fire explores the problems of religion in a modern world. It’s as biting as it is entertaining.