Kirsi Kunnas has passed away 8th November 2021 aged 96. She was, and remains, Finland’s most influential children’s poet and author. Kunnas, known for her brilliance and linguistic virtuosity, reformed the Finnish fairy tale and children’s poetry with Tiitiäisen satupuu (‘The Tumpkin’s Wonder Tree’) published by WSOY in 1957, which remains one of the most beloved children’s books in Finland to date. Kunnas wrote her poems and fairy tales for adults as well as children, believing that an adult and a child exist simultaneously and forever in us all. Her poetry is characterized by joy, playfulness and wonder, as well as braveness and open-mindedness. All these attributes also applied to Kirsi Kunnas herself. She was granted the honorary title of an Academician of Arts in 2009, the greatest accolade  Finland can bestow upon an artist. Kirsi Kunnas’ momentous influence on the Finnish children’s literature lives on in all the new generations of Finnish authors and readers.

Kirsi Kunnas was born into an artistic family in Helsinki in 1924. She has written fairy tales, nursery rhymes and poems for children and adults. She also had a noteworthy career as a translator. Kirsi Kunnas started out as a poet at the end of the 1940s. She approaches life and nature, the language of which is overt to her, sensitively and with familiarity. Kirsi Kunnas’ poetry is astonishingly accomplished in terms of rhythm; when listening to the lines the listener can sense the stylistic awareness of an experienced writer.

Kunnas has received several important literature prizes and awards in Finland; she has received the Finnish State Literature Award four times and the Topelius Prize twice. She has been given the honorary titles of Doctor Honoris Causa by the University of Tampere in 2000, and Finnish Academician of Arts in 2009.

“Kirsi Kunnas’ works are best described as brave and open-minded. She consciously aimed at to reform Finnish fairy tale and children’s poetry. According to Kunnas, she has written her poems for adults as well as children, because in her opinion an adult and a child exist simultaneously and forever. […]
Kirsi Kunnas is a loved classic in Finnish children’s poetry and rhyming. Her books have been republished dozens of times and her poems and stories unite generations. “ Jutta Setälä, Member of the Jury and Board Member of IBBY Finland

Five of the most important titles 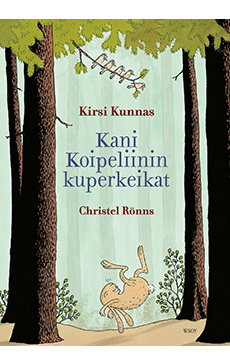 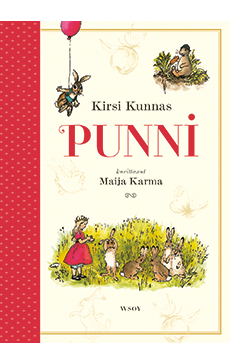 Bunni Punni You don’t have to have ears to be lovable!A well-loved writer’s witty, wise story about rejecting differen... 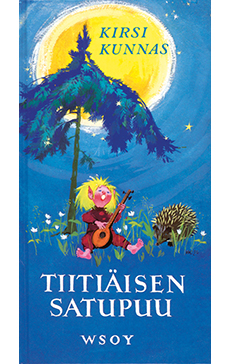