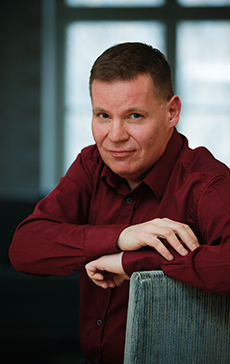 Pekka Hiltunen (b. 1966) is an author and journalist, whose 2011 debut novel became one of the most acclaimed debuts in Finnish literature. The psychological thriller Cold Courage was nominated for the Helsingin Sanomat Prize for Best Debut Novel of the year, a rare feat for a thriller. It won three literary awards in Finland, including the Clue of the Year Prize for Best Detective Novel and the Finnish Bookseller’s Grant, given to the most potential newcomer in literature. It made Cold Courage the most-awarded thriller in Finland.

Hiltunen’s second novel Black Noise was chosen as one of the best books of 2012 by many media outlets in Finland, with many commenting that Hiltunen’s thrillers, called the Studio series, started a new phase in Finnish crime lit.

“The next superstar of crime lit might well come from Finland… My bet is on Pekka Hiltunen, who has already been dubbed the Stieg Larsson of Finland. His book Cold Courage from last year and the new Black Noise have the same kind of flow in the story and uncompromising humanity as Larsson’s books.” – Tekniikka ja Talous, 2012

Awards and nominations for Cold Courage 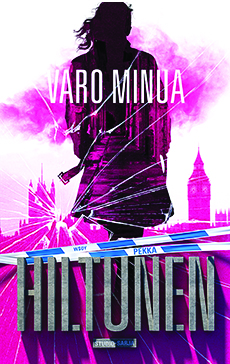 Fear Me Varo minua  The eagerly-awaited third instalment in the gripping Studio series  They got you. You’re allowed o... 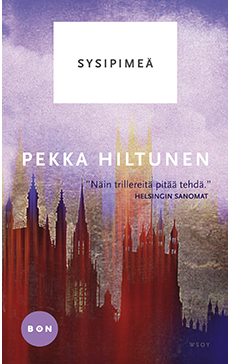 Black Noise Sysipimeä Dark fear is spreading in the web. Someone hacks into the user accounts of two British youths and uploads ten ...

Cold Courage Vilpittömästi sinun  “Will not let you in peace until you have finished it. Impossible to put down.” – Arkult, France ...