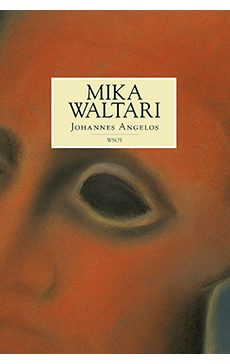 The searingly powerful story of the Fall of Constantinople

Written in a diary format, and inspired by the real diary of Niccolò Barbaro, The Dark Angel describes the 1943 siege of Christian Constantinople to the Ottoman Turks.

The novel begins as John Angelos, a visionary and world-weary traveller, meets Anna Notaras in Constantinople. The pair instantly fall in love. Meanwhile, the Byzantine Empire has shrunk to a shadow of its former glory and is crumbling in on itself. As the city prepares to face a massive Turkish army, Angelos and Noraras pursue a passionate affair that is marred by sadness and tragedy.

The Dark Angel provides a vivid and apocalyptic account of the siege and fall of Constantinople. The book has been praised for its historical accuracy, with Mika Waltari visiting Biblioteca Nazionale Marciana, which held Niccolò Barbaro’s original diary, in 1952. Waltari was the fourth person in history to be granted access to the book.

Young Johannes is a prequel to The Dark Angel.

“The events John Angelos is recording are those of the siege and capture of Constantinople by the Osmanli Sultan, Mohammed II. The time span is from 12 December 1452 – 30 May 1453. Packed into this period of less than six months are some of the most dramatic and historically significant events of medieval Christendom. Mr. Waltari, as a novelist, knows how to wring out of them, with embellishments, every ounce of human drama.” – Edmund Fuller, The Saturday Review

“…a vivid account of an apocalyptic event.” – Historical novels blog