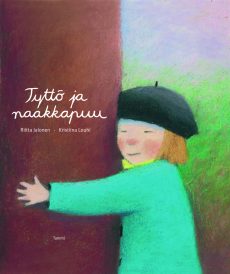 The Girl and the Jackdaw Tree

The Girl and the Jackdaw Tree is the first book in a charming trilogy about about the turning point in a little girl’s life and the unavoidable changes caused by her father’s death. It’s a sensitive story about a young girl who spends a lot of time pondering her life underneath a tall tree, known as the Jackdaw Tree. The tree got its name because a flock of jackdaws often nests in its branches. The girl understands exactly how the tree must feel when the jackdaws suddenly take flight and disappear, leaving the tree on its own. As she thinks about the tree, she remembers her father.

Kristiina Louhi’s illustrations manage to convey a huge range of emotions vividly. Her illustrations are as intense as Riitta Jalonen’s story. They complement a unique and wholesome story about a child’s magic world in which joy and sorrow are both present.

Riitta Jalonen (b. 1954) has written fiction for adults and young readers, as well as picture books for children. Her works have received the Finlandia Junior Prize and the Runeberg Prize. Kristiina Louhi (b. 1950) is a much-loved writer and illustrator in Finland.

2004, winner of the Finlandia Junior Prize