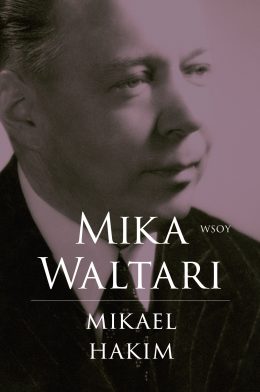 The winner of Finland’s State Prize for Literature 1950.

The Wanderer continues the story of Mikael Karvajalka (The Adventurer) following his life as he converts from Christianity to Islam in 16th century Europe and finally comes to occupy a high position in the court of Suleiman the Magnificent.

At the beginning of The Wanderer, Mikael and his ever-loyal sidekick Andy decide to pull the breaks on their adventure and seek peace on a pilgrimage to the Holy Land, boarding a ship in the port of Venice. It’s not long before their ship becomes an easy target for Muslim pirates and is seized. Mikael and Andy take stock of their options and decide that their best bet is to convert to Islam. Ever the lovable rogue, Mikael ends up marrying an Italian woman, serving as the Sultan’s slave and becoming an authorised physician who goes by the name Michael el-Hakim.

Painting a rich picture of the Mediterranean in the early 16th century, The Wanderer weaves historical fact with lively storytelling seamlessly.

The Wanderer was published under the title The Sultan’s Renegade in the UK.

“A complex plot, with successive interlocking episodes, this adds up to another picaresque romantic adventure novel which those who enjoyed its predecessors will claim as their own.” – Kirkus Review