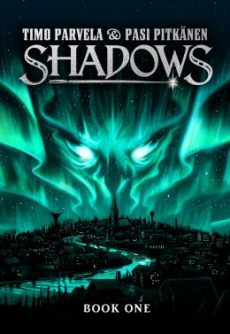 This icy-cool thrilling adventure for 10+ readers weaves a dense web of darkness around the most iconic of the Northern myths; the Santa Claus. Kindness is at the heart of this story but it is under severe threat from dark forces  gathering strength in the Northern realm of Santa.

Pete is thirteen years old and desperate. His best friend Sara is dying of an illness that has no cure. In a last act of sheer desperation, Pete finds himself lining up with kindergartners in the department store to whisper a wish in the fake Santa’s ear. He feels like a fool for doing it. Yet, that night, he is offered a chance to have his wish realized. But only if he gives something in return; his shadow. A gift for a gift – nothing apparently to do with being good like he’d thought. Pete only hesitates for a second, for in exchange for Sara’s life, Pete would give anything. And it is only a shadow, it’s not like he even pays that much attention to it. With his shadow gone, Pete realizes he has lost a lot more than he thought. As Pete learns more about the world’s most guarded secret, it becomes chillingly clear to him that the warmth of Christmas will soon become nothing more than a distant memory…

The ominous jingle of a bell starts off an adventure trilogy, where the world of Santa Claus and his elves is revealed to be something very different from what we imagined.

In Shadows, Timo Parvela taps onto the most renowned myth of the North to take 10+ readers on a truly chilling adventure.

Shadows 1 The Jingle nominated for the Arvid Lydecken Award, 2020

‘An exciting, gripping adventure where elements of fantasy intertwine seamlessly with the real world. The Jingle is a dizzying adventure that deals with grief in a way that is exceptionally nuanced and comforting. Familiar subjects grow into a magnificent, epic tale with vibrant and captivating depictions of events. A simple jingle of a bell may change the future of the whole world.’ – Statement of the Arvid Lydecken Prize Jury

‘I´m really in love with Shdows! It´s such a thrilling, powerful, suspenseful story and the illustrations are just brilliant, too! I love how Timo interweaves traditional folk tales and literary motifs to a modern story with recent cultural references. The illustrations are beautiful and wonderful, too. Scary and wonderful! These are the kind of books that make me feel proud to work in children’s publishing, really!’ – Katharina Braun, Publisher, arsEdition, Germany

‘We love everything about SHADOWS: the theme of trading your shadow, the swift storytelling and the fantastic illustrations. A chilling must read for 10+!’ – Emile op de Coul, Publisher, Condor/WPG Kindermedia, Holland 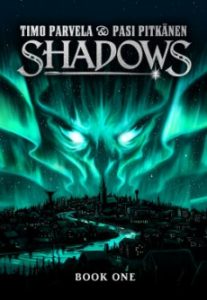 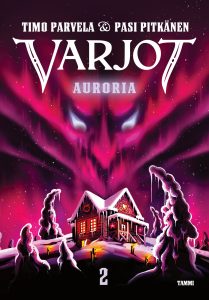 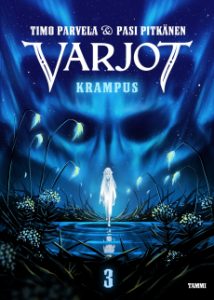