The multitalented entertainer Cristal Snow (b. 1975) is known as a musician, director, actor, presenter, and now a children’s book author. The gifted and versatile Snow studied writing in New York and has previously written, among other things, children’s plays. Writing a book has been Cristal’s long-term dream and the idea of Penny Peanutheart and the world of fairies first came to him 15 years ago. 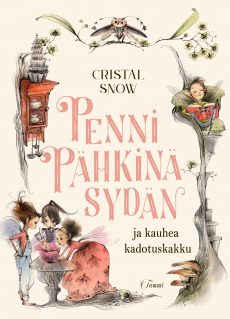 Penny Peanutheart and the Wretched Banishment Cake Penni Pähkinäsydän ja kauhea kadotuskakku When you have a big heart, it can break all too easily… Penny, a fairy tot the size of a thumb, is annoye...