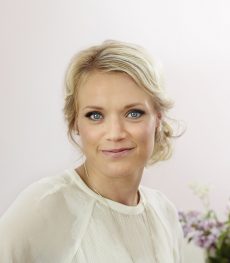 Maaret Kallio (b. 1977) is Finland’s leading cognitive analytic psychotherapist, sexual counselling specialist, couples therapist, and mindfulness coach. An NACS-qualified sexual therapist, she is the former chairperson for the Nordic Association of Clinical Sexology as well as a lecturer and ambassador for World Vision Finland. Since 2014, Maaret has written a column on the topic of being resolutely kind for Helsingin Sanomat, Finland’s leading broadsheet. Her column is read by hundreds of thousands of Finns. During the coronavirus pandemic, Maaret has hosted a weekly live broadcast for Helsingin Sanomat with the aim of supporting Finnish people’s mental health and resilience. This broadcast reaches a staggering 250,000 viewers per episode. Maaret often appears on television as a leading expert and she has published nine non-fiction books on topics ranging from self-compassion to early childhood development and sexuality. Her 2016 non-fiction book, Resolutely Kind (Lujasti lempeä, WSOY 2016) became an immediate bestseller in Finland, selling 60,000 copies to date. 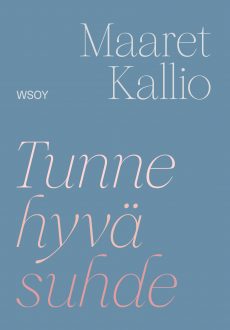 The Power of Two Tunne hyvä suhde How to Forge a Strong Emotional Connection in Your Relationship A strong emotional connection is the corner... 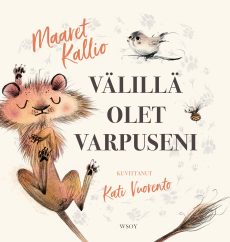 At Times You Are My Sparrow Välillä olet varpuseni Gorgeously illustrated book of gentle poems that verbalise baby's emotions in a positive way for the benefit o... 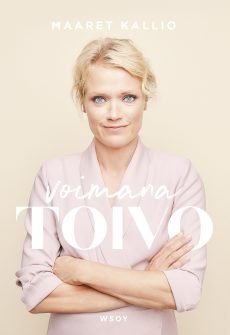 The Power of Hope Voimana toivo A timely and instructive guide to harnessing the power of hope in the face of uncertainty from Maaret Kallio, ...

Resolutely Kind Lujasti lempeä From the world’s happiest nation*, a practical and compassionate approach to personal development, akin to G...