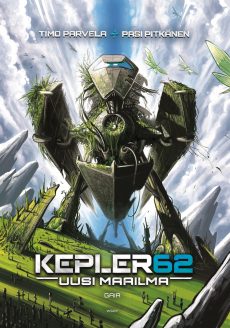 The Kepler62 adventure continues as the children decide to return to earth.

Joni, Ari and X’s lives finally return to normal as they make the brave decision to return to earth. But they can’t stop thinking about the children who’ve been left behind — not to mention X’s clone siblings. Is it really fair that they’re the only ones to have escaped?

But returning to earth isn’t as easy as they’d hoped, especially with a broken spacecraft. Fixing the spacecraft requires all hands on deck, but someone is out to sabotage the project!

Meanwhile, the children can’t stop wondering what kind of earth will be waiting for them.