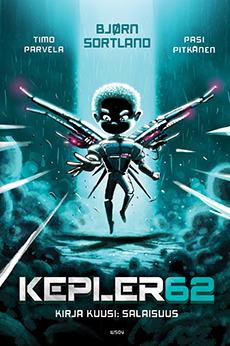 Everyone at the basecamp is consumed by panic. The weapons cabinet is empty and the virus antidotes have gone missing. It’s clear that the extra passenger is to blame, but who is it? It’s not long before the children find out that they’ve been used as nothing but a means to an end. Now they must take flight and fight for their survival. Just as it seems like a lost cause, a surprising hero emerges with an army in tow.