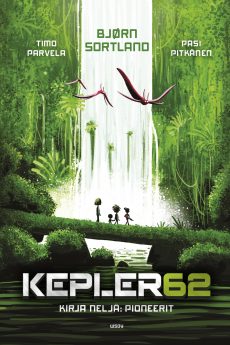 Just two out of the three vessels reach their destination. And the lush, green planet that they land on is more suitable for life than anyone could have imagined! It’s like a paradise compared to the barren earth they left behind. The remaining children start building settlements, but soon they find traces of other forms of life. Will they be friend or enemies? Meanwhile, Ari and Marie are becoming increasingly disillusioned by Olivia’s secrecy. And when Joni falls ill, the children look for help elsewhere – with disastrous results.