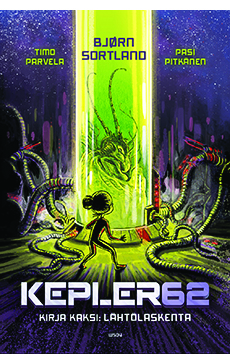 Children from all over the world are trying to complete the game. Marie, the fourteen-year-old daughter of a wealthy arms manufacturer in Norway, uses unorthodox methods to win. But what is her prize? Marie is flown to Area 51 in Nevada, where she’s recruited into a select group of children who are leaving earth to investigate and settle on a faraway planet believed to be capable of supporting life. Area 51 certainly lives up to its reputation. Upon arrival Marie finds a Whisperer, an imprisoned alien. The Whisperer warns her against going on the space voyage. But it’s no longer a choice for Marie…