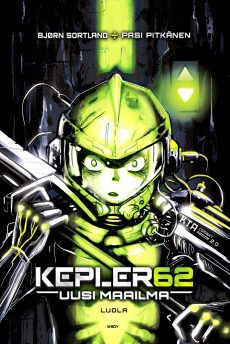 Kepler62 The New World 4: The Cave

Kepler62 The New World 4: The Cave takes readers on an underground adventure!

Life on Kepler62 is no longer safe. The children have discovered weapons manufacteurer Vallvik and unearthed his terrifying plans.

It’s up to Marie to rescue the children, but first she must confront her father who is living in an underground cave beneath a volcano. Marie goes down into the heart of darkness alone and faces countless dangers in the depths of the cave. But she is also on an internal journey: as well as a dad, Marie had a mum and she starts to recall happy memories from her childhood.

In the end, can good triumph evil?