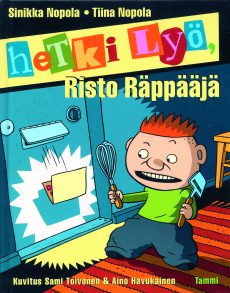 Wills McFinn is a musical boy who lives with his Aunt Rose.

He loves rapping and playing the drums but it seems that not everyone in their new neighbourhood enjoys his musicality. Strange threats are slipped through the letterbox and Aunt Rose is convinced that their downstairs neighbout Mr. Lindberg is sending them. Suddenly a mysterious woman and her son appear in the scene and Wills feels uneasy. Could they be behind all the threats?