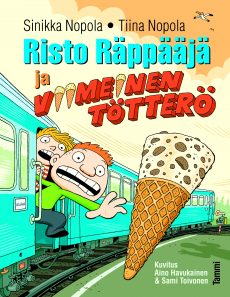 An incredible race for ice-cream!

Alfred Lindberg has eaten Wills’ ice-cream from the freezer. Wills is upset, and when Alfred tries to replace the ice-cream, things take a turn for the worse: turns out that the production of Wills’ favourite ice cream has been discontinued! A tiny small-town kiosk still stocks a couple of cones, and so begins a frantic race to get there — and fast. Who will get to eat the final ice-cream?