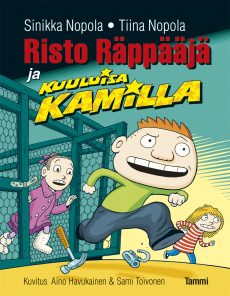 Is fame more important than friendship?

Wills is annoyed when Camilla, Aunt Rose’s friend’s daughter, moves in with them. Apparently Camilla is rehearsing for a big singing competition, and she seems to be intent upon ruining Wills’ life. But when she suddenly disappears, Wills and Nelli are faced with a mystery. Has someone kidnapped Camilla? Wills and Nelli begin their search for Camilla, determined to get her to singing competition in time. Will they find her? And does Camilla really want to become a superstar?