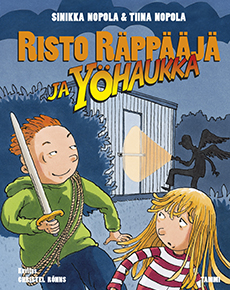 While they’re on holiday, Wills and Nelli come across an archeological dig.

When a valuable snake ring disappears from the site, Alfred Lindberg is suspected of theft. During the following two nights two other thieves, or “nighthawks,” are spotted at the dig. Is Aunty Fran involved or is it Wills, who is beginning to bear a resemblance Indiana Jones?