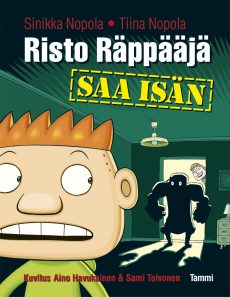 Aunt Elvi is concerned about Wills not having a father figure.

She urges Rose to find someone who can teach Wills about how to be a man and Rose comes up with a plan. She puts an add in a newspaper: “Nice boy seeks a father figure. Pay is good.” Soon the father figures are lining up for inspection. Alfred seems to go into hiding whenever one of the dad figures, a certain ice hockey player Mr Hill appears. Why is that? And is Mr Hill good influence on Wills? Does Wills even like ice hockey?