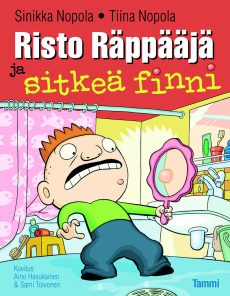 Aunt Rose’s cousin Elvi is coming over for a visit.

Rose wants to show her that she is taking good care of Wills, and gets upset when she notices a pimple on Wills’ chin. She thinks that he is too young to be getting spots, and wants to know if something is upsetting him. Wills is instantly worried that Nelli won’t want to play with him anymore, and desperately tries to hide the spot and inadvertedly causes great havoc in their friendship. And what will Elvi say or will the persistent pimple magically disappear before she arrives?