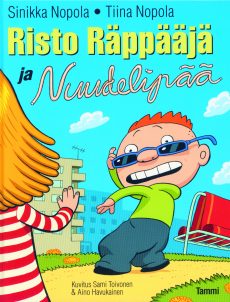 Aunt Rose could not be more excited as when she spots the famous TV chefs Boris and Blossom Butterfly moving into their apartment building,

Celeberties! Living practically next door! Rose nudges Wills to go and make friends with the daughter, Nelli. It takes a few false starts and several misunderstandings until these two finally make friends. It turns out that Nelli is not as prickly as Wills first thought, and once Wills bravely saves Nelli’s cat Alpo, it is safe to say that their friendship is set to last.