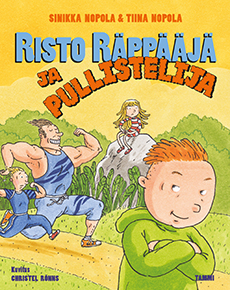 Wills & Nelli: Something in Common

Wills is struggling to find any common ground with Sylvester, the new, sporty boy next door.

Sylvester is clearly nothing more than a dunce, what with his flexing biceps and a bodybuilder for a dad! But Nelli thinks there’s more to Sylvester than meets the eye. Wills resorts to his usual over-the-top attempts to match up to Sylvester in Nelli’s eyes. The result brings both boys a joyful revelation.