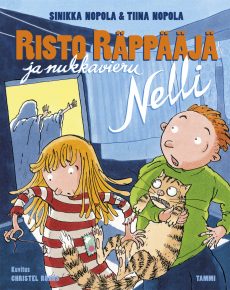 Aunt Rose and Wills witness it all: Nelli’s clothes are full of holes and she doesn’t even have money to buy ice-cream. Her parents have lost their jobs, and Nelli’s family has had to move out into the country, to a more modest home. Wills is petrified of never seeing Nelli again. Even Nelli’s cat Alpo has been rented out to make ends meet. Renting the cat was Wills’ idea but it backfires once Aunt Rose gets involved. It’s no longer just Nelli but also Alpo who needs to find her way out of a sticky situation!