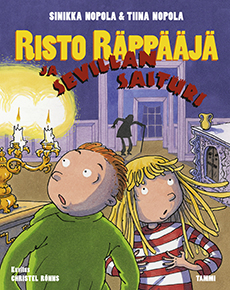 Wills & Nelli: The Scrooge of Seville

Aunt Fran receives word of a fabulously wealthy older relative who has heard of the musically talented Wills and is contemplating leaving him a large inheritance.

Planning to make a visit to Finland from his retirement home in Seville, he wants to meet Wills, warning that the only musical genre he loathes is “that rap kids are listening to”. Fran and Rose begin to coach Wills and Nelli for the meeting: rapping is forbidden, and a bowtie is mandatory. Amidst the preparations, Mr Lindberg begins to worry that he will soon lose Wills and Rita to the glamorous life on offer.