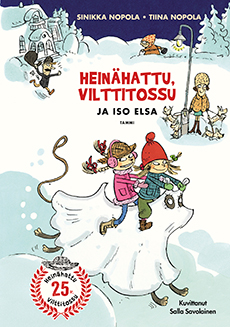 Her parents hope for her to turn into a conscientious little student like Ruby, but when Ficelle is called name at school, she starts skipping class. Soon a mysterious note, written in chicken scratch, appears on the lamppost, promising services to care for and walk “cat and doogs, if u wantt.” Ruby begins to investigate why Ficelle is constantly getting “free study time” at school and coming home covered in dog hairs. An amusing chain of events follows, culminating in the arrival of a thief who isn’t afraid of anything except dogs, ghosts and heights.