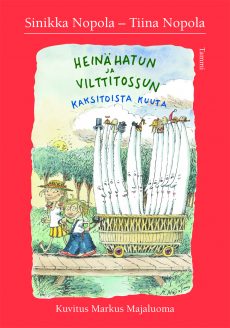 The pint-sized sisters, Ruby and Ficelle, have the whole year planned out!

Along with the rest of their family and the Alibullen ladies, and let’s not forget the village policemen, the girls have charted the festivities from January to December.

The book consists of diary entries, poems, recipes and songs by the girls and their friends, and all of its content is appropriate to the season in question. The book also recounts the festive days throughout the year and the different customs associated with these celebrations.